It was a frantic day of midweek football in the Premier League as teams fought for points in the penultimate match-day of the 2020-21 season.

Fulham held Manchester United to a 1-1 draw at Old Trafford as the Red Devils continue their poor home streak.

A three-touch move by the home side saw Edinson Cavani break the deadlock 15 minutes in.

De Gea found Bruno Fernandes with a sweet 30-yard pass, the playmaker threaded the ball to Cavani with a deaf touch and the Uruguayan lobbed the ball over Areola from 40-yards out into Fulham’s net.

The game became drab from then on, with little clear cut chances for the teams to add to the scoreline.

With United failing to increase their advantage, Joe Bryan headed in from close range to pull Fulham back into the game.

The Old Trafford crowd will be disappointed their team couldn’t welcome them back to the stadium with a win.

Brighton and Hove Albion fought back from two goals down to shock Man City at the Amex stadium.

The Seagulls have guaranteed their place in Premier League next season but still turned up to style to defeat the champions.

City raced to a two-goal lead despite Joao Cancelo receiving his marching order in the 10th minute.

Gundogan headed Man City into the lead and Phil Foden produced a moment of magic to double the lead.

Leandro Trossard cut the deficit in half with a solo goal, Adam Webster nodded in the equalizer not too long after.

And then Dan Burn chipped in with the winner to condemn Pep Guardiola’s men to defeat.

Chelsea got off the blocks in Tuesday’s Premier League game against Leicester City.

The Blues turned up the heat on the Foxes as they looked to avenge the FA Cup final loss.

Chelsea delivered a much-improved performance and were unlucky not to have led at halftime. Timo Werner had two goals disallowed (one for offside, and the other for a handball) and a failed penalty appeal.

Antonio Rudiger opened the scoring with his thigh two minutes into the second half. He didn’t seem to know too much about it, but he celebrated anyway.

Wesley Fofana brought down Timo Werner in the box, Mike Dean looked away for the second time in the game but VAR was on hand to overturn the decision and award Chelsea a penalty.

Jorginho did the usual as he hopped, skipped, and passed the ball into the net; sending Kasper Schmeichel. 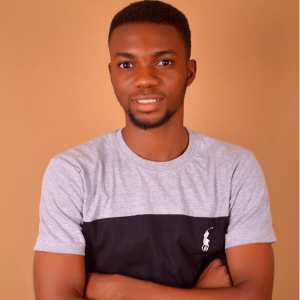