Fantasy Premier League: How to win good points early in this FPL season

Another Fantasy Premier league season frenzy is upon us in 7 days. FPL managers are scrambling their team selections, find out a few tips on how to win good early points in this FPL season.

Fantasy Premier League is a strangely exciting and addictive game. FPL managers can make countless changes to their squad across the summer, spending endless hours of free time (and probably a fair bit of our workday, too) in preparation for mid-August. However, only a few gets it right in the first few gameweeks of the FPL season.

After reading every Twitter thread discussing price releases, scouring stats sites for under-appreciated gems and parsing the early-season schedule more carefully than the teams themselves, you score 35 points in Game Week 1 and find yourself ranked in the mid-seven millions. Just like that you’re looking up at a world’s worth of rivals, all of whom have the upper hand while you’ve got a roster of sluggers and a strong desire to hit that Free Transfer button.

Many times a manager has pulled up their bootstraps and buckled down, giving it a good run until the first international break, only to lose interest as the gap with the front runners grows. Instead of struggling uphill, it’s helpful to set some goals before the season starts to help you get off to the best possible start in FPL. Does that sound like something you’d be interested in?

Only around 100,000 managers are going to be happy with their GW1 rank, and a fair few of those are the type who create a new profile every week just so they can make the best squad possible. Cheap thrills.

We’re putting in time now for rewards in the spring and we can’t lose focus just because a few folks are putting on the press early. A score of sixty points or better in each of the opening three weeks might not have you at the top of the table, but across the length of a season an average score of 68 points would net you 2600 points and a run at the overall title.

FPL TIP 2 – Use your full budgets and your full squad

A lot of managers like to keep a couple million in reserve to ensure early price rises don’t limit their transfer options. To achieve this, they end up signing cheap bench players with high ownership, hoping to capitalise on a price rise without getting punished on the score sheet.

Savvy managers will avoid this trap and stack their full squad, not just their starting XI, with players who can produce FPL points. Particularly in a season following a busy international calendar, with the threat of COVID and quarantines looming, you want to insure against zeros in your lineup with no bench points to help. Keeping a balanced roster where you spend your full budget will help you in the first three weeks and with your transfers following the first international break.

The highest owned players in the FPL are the highest owned for a reason! Every successful manager will own a least a few of the same names as everyone else. Players like Brentford’s Ivan Toney (£6.5, 31% selected) and Leeds Raphinha (£6.5, 23%) offer upside without costing a lot, allowing you to save funds for big names and bigger points. But you also need to follow the stats to help find under-owned players with upside.

We call these ‘differentials’ and owning a couple of them helps set your side apart – you’re banking points from players other managers don’t own. This summer that means adding the likes of Neal Maupay (£6.5, 2%), Dwight McNeil (£6.0, 0.3%) and Leeds’ Junior Firpo (£5.0, 1.3%). These are just examples and not actual FPL team advice.

Why those names? Maupay has 70 appearances (59 starts) in the last two seasons and last year was 13th in EPL in expected goals (13xG); he massively under-performed, scoring only eight times but that luck will turn. McNeil was the chief chance creator for Burnley last term. The 21-year-old has 11 assists in the last two years and made 38 and 34 starts – he’s an ideal Steady Eddie on your bench. Finally Firpo; Leeds defenders can be quite valuable which is why Luke Ayling is 10% selected, but he doesn’t offer the attacking upside of his new teammate.

Look this one might be as obvious as, er, Captain Obvious, but finding the right player to hand the armband in the first three weeks of the season makes a massive difference. In the early days of a new year, established stars in established teams against the weaker sides are the only players you should be considering.

Handing the armband to Mo Salah for Liverpool opening trip to Norwich won’t win you points for originality, but Mo will earn FPL points, which is better. Strictly by the numbers, Bruno Fernandes home against Leeds is one to watch. Marcelo Bielsa’s team had the worst expected goals allowed away from home in 2020-21. Looking for a little bit of a stretch? Everton’s Dominic Calvert-Lewin is home and facing Southampton which conceded a league-high 43 away goals last term.

This carries over for each of the next two weeks: handing the armband to LFC attackers GW2 means a tasty match-up vs. Burnley at Anfield. Prefer your Captain to face a promoted side? Manchester City face the aforementioned Norwich at home. In GW3 Leicester get Norwich, but you’d be best naming Harry Kane (with the massive ‘if he stays’ caveat) or Son Heung-min as Spurs host Watford. The dynamic duo scored 40 of Totteham’s 66 League goals a season ago, accounting for a massive 60% of scoring. Concerned they might not score a goal? Kane (14) and Son (11) each finished in the Top 10 in fantasy assists last term.

Another fun name to consider in each of the open three weeks is Aston Villa’s Ollie Watkins who made 37 starts and scored 14 goals (plus nine fantasy assists) last season. Consistent starter? Check. Consistent performance? Check. Opponents? The Villans have the easiest run in the opening three with a trip to Watford followed by home matches against Newcastle and Brentford. Now that’s sensible. 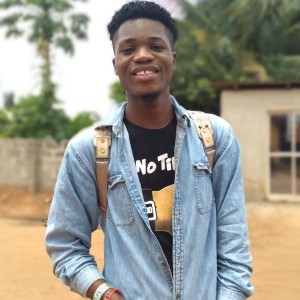